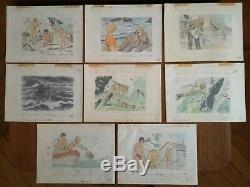 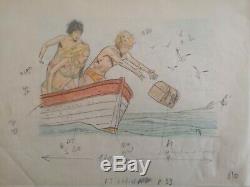 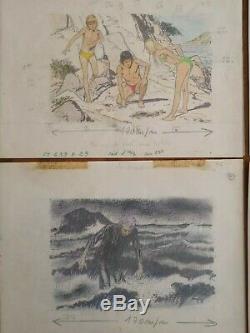 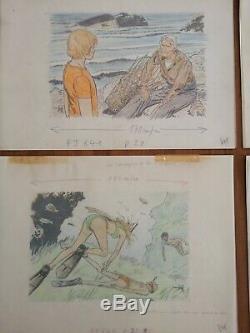 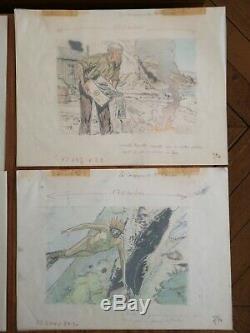 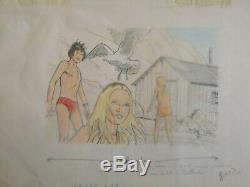 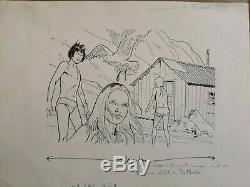 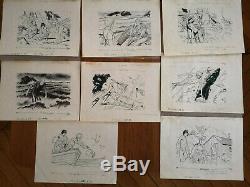 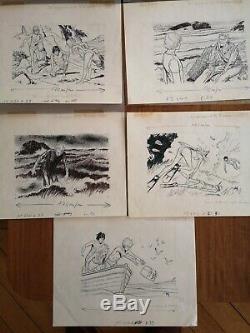 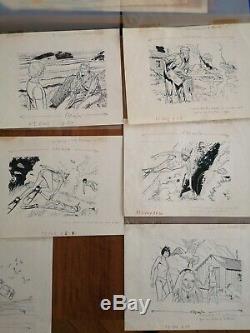 Robert gigi was born on July 29, 1926 in besançon. He joined raymond poïvet's studio while still studying at the university. From 1948, he created his first comics under the pseudonym of bob gigi for the paris-graphic news agency (fabiola) and for the dawn (the gentleman of the mountain) and the adventurers of today (jérôme St.

In 1951, and stayed there until 1980. Her work is published in the amazing, little girl and pschitt adventures for mexico kid on a vidal scenario.

At the same time he works as an illustrator for commercials. In the mid-1960s, his kind-hearted clovis, panic at mammoth city and rodeo at carson city appeared in darling magazine.

He teamed up with the scriptwriter Claude Moliterni and created Scarlet Dream (a scandalous beauty in the barbarella tradition) for v. This series will continue in France-evening. From 1967, with the singer Lorena, he produced confidences of a fifteen years in 15 years magazine. In 1968, with claude moliterni, he began a series of sci-fi orion, the planetary scrubber, who appeared in phoenix, pogo-poco and nickel-plated magazine. He entered pilot in the first issue of October 29, 1959 (he appears on the famous photo \He achieved his greatest success 10 years later with the series flying saucers file written by Jacques Lob.

In 1970, still with moliterni, for him corrieri dei ragazzi, it begins agar, a series of fantasy. This series which counts three stories will be published in France in the monthly lucky luke, then in albums at dargaud (1974 to 1975). On his own scripts, he also works for the Dutch magazine pep, creating samurai ugaki in 1971.

In France, this series was published in tintin and charlie monthly. In the 1980s, gigi teaches comics at Angoulême School of Fine Arts. After a short story published collectively in 1991 in the rogues album below, robert gigi retired to devote himself to sculpture.